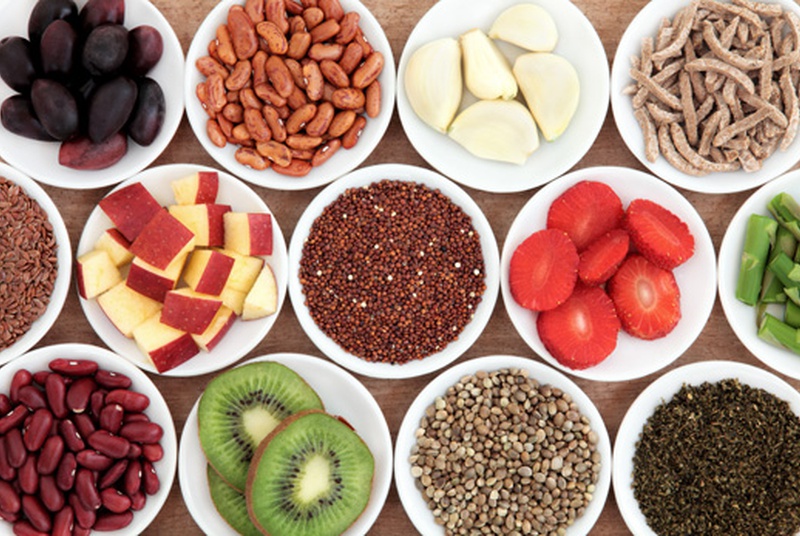 
Some foods are particularly helpful for middle-aged women, reducing risk of heart disease and dementia.

Menopause, Weight gain, Sagging skin, Wrinkles, Aching muscles and joints. These are just a few of the issues facing the average middle-aged woman.

You’ve Got to Stay Healthy to Enjoy the Later Years


Surveys show that middle age is a time of great creativity, more self-confidence, and better decision-making. In fact, one survey showed that more than three-quarters of women over the age of 35 said their best years were ahead of them. Midlife is a time of reinventing the self, discovering purpose and capitalizing on past accomplishments.

Yet enjoying these things requires a healthy body and mind, which is largely dependent on diet. According to a new study, healthy dietary choices in midlife can prevent dementia in later years. Those who eat the healthiest diet (consisting of vegetables, berries, fruits and unsaturated fats) at about age 50 had an almost 90 percent lower risk of dementia fourteen years later.

An earlier study in 2013 also found that the way women eat in their 50’s is linked with how well they age later on. Researchers examined data from the Nurses’ Health Study (including over 10,000 women) and found that women with the healthiest diets were 34-46 percent more likely to survive into their older years with no chronic diseases or impairments.

To help you continue to enjoy good health now and as you age, we’ve gathered ten foods that are critical to women’s health in midlife. Let us know if you have others!


You already know they’re rich in healthy fats but the key here is their ability to help prevent heart disease. Almonds keep you satisfied, helping you avoid weight gain and have also been found to be extremely heart healthy. A 2008 study reported that when participants aged 41-54 consumed 20 percent of their total daily calories from raw almonds for four weeks, they lowered their total cholesterol, LDL “bad” cholesterol and triglycerides, while increasing levels of HDL “good” cholesterol. 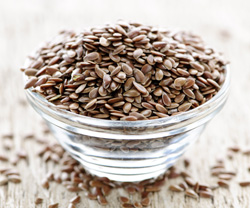 High in healthy omega-3 fatty acids, flaxseeds are also a great source of “lignans”, plant polyphenols that may protect against cancer. A 2007 analysis found that postmenopausal women with the highest dietary lignan intake had a 17 percent lower risk of breast cancer. A 2003 study also found similar results for endometrial cancer.


In addition to all their other benefits (fiber, antioxidants and important nutrients), cruciferous veggies are a good source of diindolylmethane (DIM), a compound formed in the body when you digest foods containing indole-3-carbinol (a nutrient found in these veggies). DIM has been linked with helping to stimulate a more efficient use of estrogen, potentially protecting against estrogen-induced cancers. The NYU Langone Medical Center states that numerous studies have suggested DIM might help prevent breast, cervical and uterine cancers. So far the evidence is preliminary, but considering how healthy these veggies are, it’s worth eating more of them!

4. Blueberries (and other berries)


Studies show that women are more likely to be hit with Alzheimer’s than men. In fact, according to current statistics, they are twice as likely to develop it after the age of 65 and not just because they live longer. A 2012 study indicated that it may have more to do with how a woman’s brain uses energy. Whatever the reason, it’s something women need to be aware of. Berries pack a potent antioxidant punch that helps prevent Alzheimer’s. A 2010 study found that eating “purple fruits” like blueberries and drinking green tea can ward off Alzheimer’s, Multiple Sclerosis and Parkinson’s.


This one is also connected to your heart health, it’s been found to help lower cholesterol and may also be able to slightly curb your hunger, helping you avoid weight gain. A 2006 study for example, found that a grapefruit a day, particularly the red kind, significantly reduced levels of cholesterol. Another study that same year found that a half of fresh grapefruit eaten before meals was associated with significant weight loss and also helped improve insulin resistance, which may help reduce the risk of diabetes.


This powerhouse spice comes with a number of health benefits, but here, we’re talking about your joints. Again, women are more likely to suffer from arthritis than men, so they need to be watchful to avoid this crippling disease. A 2006 animal study found that turmeric prevented joint inflammation and was also helpful in preventing arthritis. Other findings show, it helps relieve pain and improve function in people who already have arthritis. Turmeric also helps boost the immune system, protecting you from infections.


These are high in fiber which improves digestion and helps prevent heart disease but they’re also high in “resistant starch”, which helps balance blood sugar. Diabetes is a major concern for women as they age so maintaining a “slow burn” and avoiding sugar spikes is important for long-term longevity. In fact, a 2012 study found that those with diabetes who ate red beans experienced better glycemic control and a lower risk of heart disease. Eating about a cup a day was also associated with lower blood pressure.

Do you know of other superfoods that benefit middle-aged women? Please let us know!