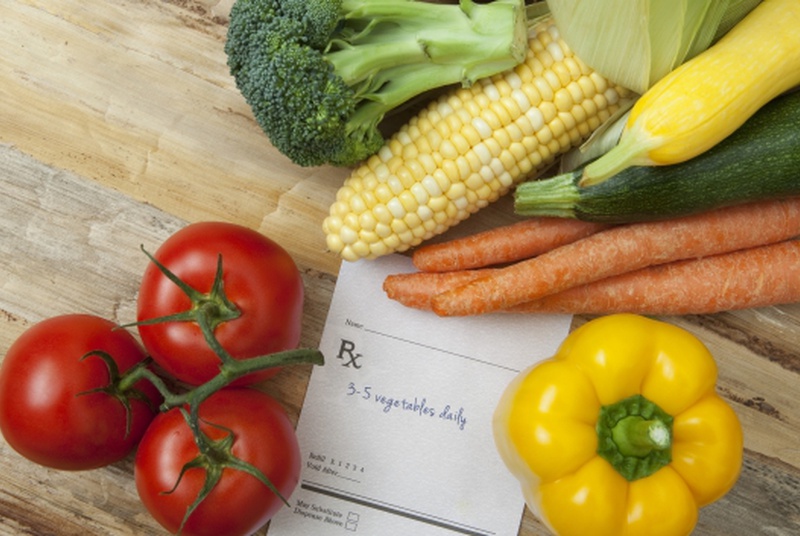 By Mike Adams (The Natural News)
New York City and has taken a step in the right direction with our health system; recently introducing a new program that could change the obesity epidemic that is happening in the US. Dubbed the "Fruit and Vegetables Prescription Program." It allows doctors to "prescribe" fresh fruit and vegetables to overweight or obese patients by giving them "Health Bucks" that are redeemable at local farmer's markets.

This program makes New York City the largest U.S. city to officially acknowledge that fruits and vegetables have a role to play in preventing chronic degenerative disease -- an idea that the FDA insists is not appropriate. According to the FDA, there is no such thing as any fruit, vegetable, supplement or superfood that has any ability whatsoever to prevent, treat or cure any disease.
We know the FDA's belief is no longer valid in terms of present-day knowledge about nutrition and disease, but it's still federal policy. And according to the FDA, the mere "prescribing" of a food as something to prevent obesity automatically transforms that food into a "drug." Under current FDA regulations, technically, NYC is guilty of promoting "unapproved drugs" which are really just fruits and vegetables. Unfortunately that is how the system works at present.

New York doesn't seem to be letting the FDA's outdated perspective stop it from pursuing the "Fruits and Vegetables Prescription Program," however. Deputy Mayor Linda Gibbs and Health Commissioner Thomas Farley announced the program last week, and by all accounts the program has been met with widespread approval. It allows families that are prescribed the Health Bucks to redeem them for fresh produce at over 140 New York City farmer's markets.

"My son lost 40 pounds behind this program," she said, "and also I lost weight doing it with him and also I have my other kids, I have four other kids also doing the program."

The Prescription Program was started by Wholesome Wave in 2011 and has since been expanded to seven states.

Why We Should Support The Fruit And Vegetable Prescription Program

Right now, 100+ million Americans are on some form of federal food aid. Much of that is through the USDA's "SNAP" program, often called "food stamps" even though that's not the official name anymore.

The SNAP program has its short-fallings however, as it allows food stamp money to be spent on all the processed junk foods and sodas that make people sick and diseased with conditions like diabetes, obesity, cancer, heart disease and more. Through SNAP, the federal government is subsidizing the foods that causes sickness! Obviously, this also drives up health care costs and deeply harms the overall U.S. economy.

What if we took the federal SNAP program and turned the entire thing into the Fruit and Vegetable Prescription Program?

What I mean here is to shift the SNAP program so that all processed junk foods are disallowed. Update the rules so that SNAP funds can only be used to buy fresh produce and a few basic staples such as rice, oats, beans, salt and so on.

All of a sudden, you'd see a nationwide shift away from disease and toward vastly improved health. Disease rates would plummet, but so would the share prices of junk food companies like PepsiCo, Kraft and Coca-Cola. You'd also see lower rates of chronic degenerative disease, and this would hurt the profits of the all-powerful drug companies, hospitals and cancer industry profiteers.
For these reasons, the food and medicine lobby will incessantly pressure the USDA to make sure SNAP continues to keep Americans sick and diseased. After all, billions of dollars in profits are at stake here, and the drug companies have a powerful lobby.

That's why we won't see any drastic actions by the government to make any changes in the near future to the SNAP program.

Cities Can Succeed Where The Federal Government Fails

On a city-by-city basis, forward-thinking people are starting to fight back against the "industry of death" offered by the USDA and its junk food subsidy programs. That's why New York City deserves a lot of credit for this particular program: it's investing taxpayer money directly into the health of people who are on the verge of becoming huge financial burdens on the health care system.

For every dollar you spend subsidizing real nutrition in the population -- fresh fruits, vegetables or superfoods -- you'll probably save $10 or more in averted health care costs over the long term. Healthy foods are a fantastic investment because they're cheap to buy but extremely valuable in terms of the lifesaving medicines they provide.

Because of all the astounding health benefits of foods, a typical farmer's market is a treasure chest of natural medicines that can prevent and reverse cancer, diabetes, obesity, heart disease, Alzheimer's and much more.

(as mentioned in Food Matters)
It is only because of oppressive FDA policies that the entire medical profession isn't already "prescribing" fresh produce to prevent degenerative disease.
This is how we can beat the federal government's short-fallings: City by city, state by state, prescribing nutrition to prevent disease.
After all, a city that lives on processed food and prescription medications is a city that will inevitably collapse from "disease care" bankruptcy. And right now across America's largest 61 cities, future health care entitlements are only funded at 6 cents on the dollar.
In New York there must be enough smart people in charge to realize the only way to have a healthy city is to have healthy people. And that means finding creative ways to get people to eat more fresh fruits and vegetables rather than consuming nutrient-depleted junk foods. The easiest solution to all this is to just hand out vouchers for fresh produce, effectively giving them to the population for free.
The area where government has a legitimate role in handing out benefits: NUTRITION - Fresh produce, superfoods and food-based supplements and non-pasteurized concentrates. Government handouts of nutrition actually save the taxpayers money in long-term health care costs.
That's why I think every city in the nation would be smart to implement this program. Although I don't like the overall idea of any government running around handing money out to people, this is one exception where it actually makes sense.

These are smart investments that create a healthier, more prosperous society. But instead of subsidizing this, we have exactly the opposite at the federal level: a government that subsidizes junk foods while attacking nutrition. Remember: it is the official position of the FDA that anyone who sells a lemon while claiming that lemon can help prevent scurvy is a dangerous criminal engaged in "drug crimes."

The FDA's War On Fruits, Vegetables And Nutrition

The FDA warning letters website is full of examples of this, where the agency accuses nutrition companies of selling "unapproved new drugs" simply because they attempt to describe the health benefits of those supplements.

The FDA pays no attention to scientific facts. Instead, the agency says that ANY claim, validated or otherwise, automatically transforms a food or supplement into an "unapproved new drug." And for this reason, Americans are kept in the dark about the scientifically-verified health benefits of nutrients, foods, phytochemicals and dietary supplements.

This is by design. The FDA wants to keep the American people unaware and sick so that Big Pharma can sell them more drugs and vaccines. The FDA is, in effect, the marketing branch of Big Pharma. It uses its regulatory power not to serve America's interests, but to diminish America's knowledge of nutrition and health. This is a Dark Ages policy that's causing untold harm to America.

More Cities Need To Stand Up To The FDA's Power

What NYC has done by standing up to the FDA is precisely what America needs today. We need the government to finally acknowledge that the food you eat is directly linked to your health and wellbeing.

While the federal SNAP program drives Americans into disease, cities and states need to embrace fruit-and-vegetable programs that can help pull Americans out of the death spiral of junk foods and medications.

And that's why NYC sets a shining example in this particular case, demonstrating what other cities need to follow if they hope to survive the disastrous collapse of health now emerging across America.

Do you think the "Fruit and Vegetables Prescription Program" should be introduced in your city?