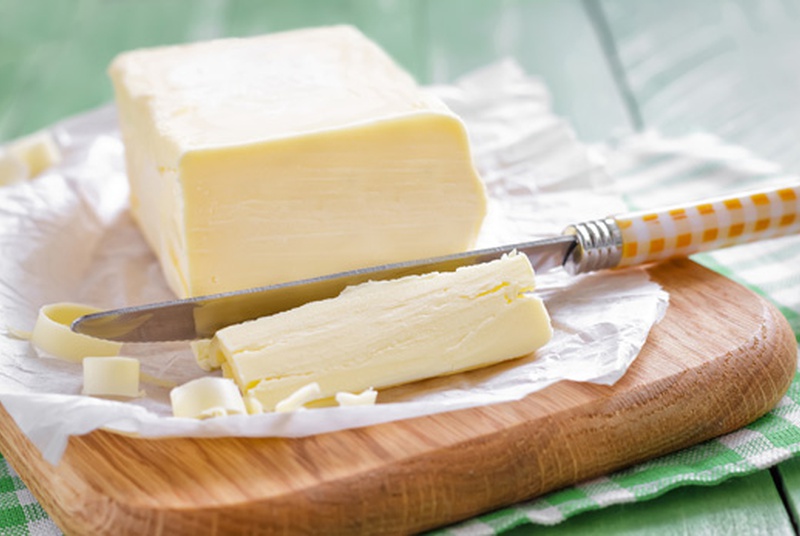 Spread The News! Margarine Is Finally Being Rejected

By Ethan A. Huff (Natural News)

Good old-fashioned butter has once again become the spreadable fat of choice for most Americans, who new research says are increasingly opposed to synthetic fat spreads like margarine that have long been hailed as healthy alternatives to animal-based saturated fats. The American Butter Institute recently found that per capita butter consumption is at a 40-year high, the direct result of the longstanding margarine health hoax finally collapsing.


According to the data, butter sales are up a whopping 65 percent since 2000, topping $2 billion annually in the U.S. The average person is also eating a lot more butter these days, with per capita consumption hovering around 5.6 pounds annually. On the flip side, the overall number of margarine consumers has dropped significantly in recent years, despite the fact that U.S. health authorities continue to demonize saturated fats in favor of margarine and vegetable oils.

"As the locus of health and nutrition concerns have shifted away from fat content and toward worry over processed foods, margarine sales have tanked," writes Roberto Ferdman for Quartz, noting that margarine sales are currently at a 70-year low. "Since 2000, sales are down by more than 30%. Meanwhile, butter consumption in the U.S. hit a 40 year high in 2012."

But the heavy processing required to manufacture margarine is hardly the only major issue people are having with the butter substitute. Nutrition professor Marion Nestle from New York University recently told Bloomberg reporter Matthew Boyle that people are done with margarine. Many now realize that, unlike natural butter, margarine is nothing more than a man-made, synthetic fat substitute with little or no nutritional value.


"Margarine has become a marker for cheap, processed, artificial, unhealthy food," she is quoted as saying, noting that the opposite is true for how butter is viewed.

There is also a major shift taking place with regard to the way that people view saturated fats. Surviving decades of propaganda that decried them as unhealthy, saturated fats are undergoing a resurgence as people discover that they have been lied to about the "dangers" of saturated fats.


There's No Such Thing As "Healthy" Margarine

"ALL margarine [is] made of bad fats - PUFAs [polyunsaturated fatty acids]," writes one commenter over at MarketWatch about the issue. "[T]hey oxidize rapidly, are unnatural and are all trans-fat as a by-product of their manufacture. They were NEVER healthy in any way. Natural fats are saturated and mono-saturated." 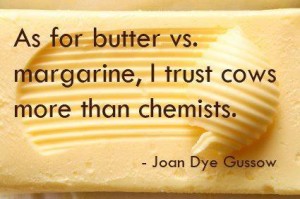 Even Unilever, the multinational consumer products giant that invested tens of millions of dollars and more than 20 years' worth of research into promoting margarine as better than butter, now admits that it made a huge mistake. Antoine Bernard de Saint-Affrique, head of Unilever's food division, told investors last month that his company would be shifting gears and ditching the product that it worked so hard to promote.

"For the last 20 years or so, we have been too obsessed, overly obsessed on the fact that butter was opposed to margarine," the company executive stated, noting that Unilever has already begun incorporating more real butter into its spread formulas. "I'm happy to say that this time is over and we have changed. And we have changed in a very significant way."

Meanwhile, a growing number of health professionals, including Aseem Malhotra from the U.K.-based Academy of Medical Royal Colleges Obesity Steering Group, are coming forward in support of saturated fats. Malhotra recently told the media that, contrary to popular myth, the saturated fat in butter has not been scientifically linked to causing heart disease and is actually a necessary part of a well-balanced diet.

When looking for which butter to buy, remember to look for grass-fed organic butter. It may cost a little more, but consider it an investment for your health.

Tell us your thoughts about the butter vs. margarine debate.